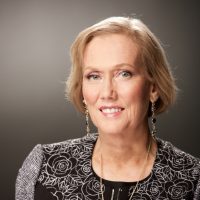 Telle Whitney is a senior executive leader, a recognized expert on diversity, and a true pioneer on the issue of women in technology. She has over 20 years of leadership experience, is a frequent speaker on diversity topics, and was named one of Fast Company’s Most Influential Women in Technology.

Telle served as CEO of the Anita Borg Institute from 2002 to September 2017, and co-founded the Grace Hopper Celebration of Women in Computing Conference with Anita Borg in 1994. She transformed the Institute into a recognized world leader for women and technology.

The Grace Hopper Celebration–which attracted 500 attendees in 1994–has grown exponentially and was attended by over 18,000 women in 2017. In addition, the organization now partners with 70+ technology firms, including many of the world’s most recognized brands.
Prior to joining the Anita Borg Institute, Telle was VP of Engineering for Malleable Technologies, a start-up tech firm, where she led the creation and scale-up of the company’s engineering function and turned the founder’s initial idea into a reality.

Telle has been called “a pioneer for the promotion of women technologists” and “one of the most inspirational leaders I have ever known.” She has won numerous awards including the ACM distinguished service award and an honorary degree from CMU. She serves on multiple boards and advisory councils and frequently speaks on diversity topics. She is also the co-founder of the National Center for Women and Information Technology (NCWIT).